Raise your hand, realize your potential.

Whether setting up your own business, seeking a job promotion or being asked to present, the rules stay the same. My friend recently told me a story which really resonated with me and I wanted to share it as I believe it’s a simple but effective way to begin to realize your potential.

The story went something like this: There was a conference held in London around developing apps for businesses. The room was full with business men and women, entrepreneurs and other people interested in creating apps. Before the seminar started the presenter asked the audience if there was anybody in the room that could develop apps. As the presenter looked out to the room he saw a lot of hesitant faces, until one person raised their hand up in the air and said he could create apps. The presenter drew the audience’s attention to the only person in the room who had raised their hand. At the end of the day the person who had raised their hand had over 50 enquirers about developing an app and another few who had actually  placed an order.

The man who had raised his hand to say he could develop apps wasn’t a developer but he sure wasn’t going to let this opportunity pass him by. He went off that day and found a developer and so his company was born.  The moral of the story is this; so many of us are given opportunities in life but never stand up or raise our hands. Most of us are so overwhelmed by our thoughts that they almost cripple us. We are so worried about failure, about what others might think that we simply never put up our hands, we never progress, we never grow. The person who does put up their hand often isn’t an expert in his or her field but is the one most willing to try and fail, but learn from the experience. Realize your potential hourly.

There is no such thing as failure, only feedback.

When I am training people on presenting one of the biggest challenges we try to overcome is the fear of presenting. When I ask them to describe what see, when they think of presenting its always the same;

“I’m in a big room, I’m very nervous and the whole audience is staring at me, I forget my words and I panic.” Yet this isn’t reality this is our imagination playing games with us and if we don’t conquer our thoughts they will conquer us. Simply re-framing the word “fear” or “nervous” with ‘excitement’ changes our whole perception of the situation.

If we are ever to progress we need to become more aware of our thoughts that are limiting us. All I ask is next time you are asked can you do something, be the one who raises your hand and watch how your world changes. Realize your potential daily. 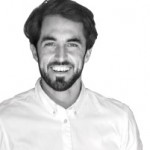